Living in a new country as an expat can offer many luxuries, such as learning a new culture, meeting new people, and exploring new places. As a foreigner excited to try out new things, you can’t begin to imagine how this can play to your advantage in many ways. As an expat dating in Ukraine, you are new to the city, making you more desirable to the local women than the other local male counterparts.

So, if you have many questions and doubts about how to make the most of your life in Ukraine while living and dating as an expat, here’s a guide on everything you need to know. Read on!

An Expat Lifestyle in Ukraine

Being an expat gives you the advantage of living in some of the best cities and enjoying some of the country’s best lifestyles.

You can live in a new house, eat out at expensive restaurants several times a week, use a taxi as your primary mode of transport, and still have enough to save at the end of the month. You will be able to live a life that is only available to the upper-middle class in first world countries and at a much cheaper rate. However, you should know that there are also some downsides to living in Ukraine. For instance, its public roads are not up to standard, and little activities such as delivering goods to your doorstep might take a longer time.

More interestingly, if you have a job that pays you in US dollars or British pounds while you live in Ukraine, you will be categorized as within the top earners’ bracket, creating an opportunity to live comfortably in the country.

Furthermore, you have surplus money to save and invest as the cost of living is relatively cheaper. You are sure to end up with lots of extra money even if you lead an expensive lifestyle. The surplus can be saved or used to invest in the stock market.

As you continue to live luxuriously and in Ukraine, you start having an edge in the country’s dating scene, which boasts the most beautiful girls in the world.  Bug along with the luxuries, you will have to endure unhealthy public drinking water and tardiness from public officials.

Some Places to Live as an Expat in Ukraine

Kyiv is the capital, most populous, and largest city in Ukraine. The cost of living can be higher than in other parts of Ukraine, but that is not a problem since you are in the high-income bracket. Kyiv is a safe and relaxed city. It has museums, opera houses, spa treatment, theater, ice rinks, and skate clubs you can visit.

Odessa is the third most populous city in the country. It is a seaport town that enjoys a great mix of cultures not found anywhere else in the country. Odessa has beautiful beaches that play host to thousands of visitors from around the world during the holidays. It equally has numerous nightclubs that uphold its reputation as a party town. Odessa has edifices like The National Academic Theatre of Opera and Ballet.

Lviv is a beautiful city of cobbled stone. It is referred to as the cultural center of Ukraine with its rich history and incredible architecture. Lviv has an extensive population with over 20,000 students studying in the town each year. It also has one of the fastest-growing economies in the country.

Dating Tips for Expats in Ukraine

Dating Ukrainian women is always a delight. However, there are some things you need to know as an expat dating in Ukraine so you would not be caught off-guard when you are on a date with them.

You have to pay the bills.

As an expat dating in Ukraine, you will always bear the cost of every date you go on with your female partner. It is believed that you are in the high-income earning bracket, so you have to live up to your expectation.

When you start dating Ukrainian women, they will most likely want a strong and lasting relationship that would lead to starting a family. They are excellent and caring mothers.

They are honest and straightforward.

Ukrainian women have a straightforward attitude. They like men that are also straightforward in stating what they want and how they run the relationship. They are also brutally honest. As an expat dating in Ukraine, be ready for some strong-willed stance during some discussions.

They are dedicated and supportive.

Ukrainian women always show dedication and are constantly supportive. They value relationships built on love and mutual respect. They prefer to discuss the problems with their partner and solve them rather than looking for adventure elsewhere. As an expat dating in Ukraine, you need not worry about her cheating on you.

Ukrainian women were brought up to treat people with respect and speak politely. Politeness and having a respectful attitude is ingrained in their culture.

Decision making falls on the man.

From the meeting stage to setup subsequent dates, she expects you to lead and be in charge. You must be willing to court her and make decisions at every step in the relationship. Always set the tone and direction of the relationship.

You have to learn the culture.

Ukrainian women were brought up to love and appreciate their cultural practices. They expect you to understand their standard practices as it connotes commitment toward the relationship. Learning your partner’s culture can also prevent avoidable mistakes such as buying the wrong items as a gift, buying the wrong clothing color, or making inappropriate expressions. Since you are from a different country, you will need to make some adjustments.

The relationship will develop slowly.

It sometimes requires weeks or even months to learn and get acquainted with each other’s characters, habits, and hobbies with the cultural and language barriers. It is even more difficult if all communication is happening online.

How to Get a Date with a Ukrainian Woman

The fact that you are an expat already makes you desirable as a dating prospect. Still, there are some traits you may want to add to your dating game to increase your chances of getting a date or securing a second date with a Ukrainian woman.

Be vocal about your intentions.

When you start going on dates with Ukrainian women, ensure you are clear with your words and expressions, let her know your intentions as they are always looking to build meaningful relationships.  Flirting will not help in this situation as Ukrainian women are particular about the relationship’s direction before giving in.

The most important thing to always keep in mind as an expat wanting a Ukraine date is to be a gentleman. Habits such as being courteous when on dates with your partner, actions, like opening doors and letting her in before you, opening a car’s door to help her out, will win a Ukrainian woman’s heart.

Show your romantic side.

One of the best ways to impress a Ukrainian woman is to show your romantic side. Set up romantic dates, give romantic gifts. Being romantic is the best Ukrainian women dating advice there is.

Give flowers and presents.

Places You Can Get a Date in Ukraine as an Expat

Couchsurfing is a social network where residents offer visitors to stay in their homes, free of charge. It allows people from all over the world to connect. Attending one of the weekly Couchsurfing meetups is a great way to meet new people. It is usually a small gathering held at bars where locals will meet people traveling through the area. Women who attend these events are mostly open to going on a date with foreigners and expats.

Toastmasters is a non-profit organization that exists all over the world. It helps people to improve their public speaking skills. The presentations are done in English, and it is not uncommon to find Ukrainian women wanting to improve their English skills during such events. It also removes the stress of approaching a woman to exchange introductions. Everyone in the group gets to know each other as time passes. A Toastmasters event is also an excellent place to build your social network.

As odd as it might sound, asking for help is a great way to start conversations with women in the grocery store.

Besides these other meeting points, another place to meet Ukrainian women is on online dating sites. And thankfully, there are a handful of verified dating apps in Ukraine, such as TrulyRussian. Search for the one that suits your interests and do your thing!

There you go. Try one, two, or some of these tricks and tips, and you would be right on track to your first date in Ukraine. 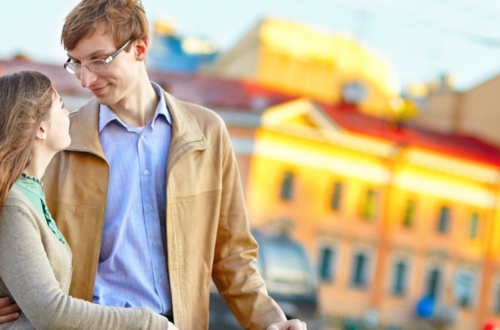 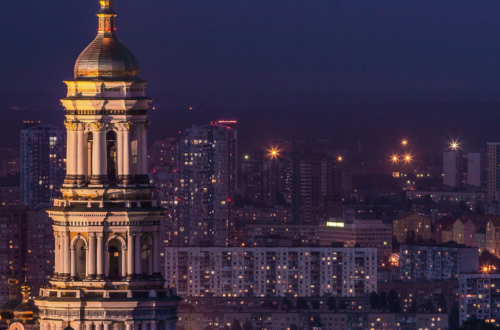 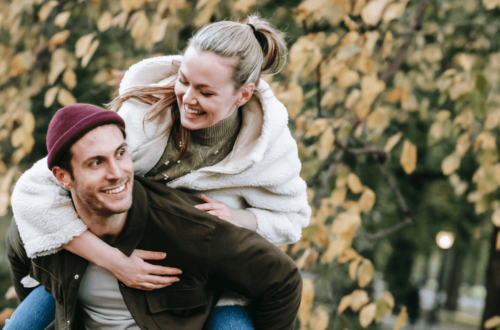