Not every relationship will have a happy ending like everybody thought it would be. Relationships fail for many reasons. It could be incompatibility, unrequited feelings, or simply just a bad dating experience. Whatever it is, Russian dating fails are something that shouldn’t happen to you on TrulyRussian.

To be in a relationship with a Russian is to know what you must and mustn’t do when dating them. This article provides a series of fails you’re probably doing that ruins your Russian dating experience.

You don’t always pay the bill

The women in Russia will always expect you to pay the bill during your dates. Even if they’re ones who initiated the date and you only had coffee while she had a five-course meal.

In western countries, some couples split the bill. But in Russia, you are expected to shoulder the bill. There are some who think if the man does not pay the bill on dates, they’re considered cheapskate. But not all Russian women are like this. So that’s an important thing to keep in mind.

You let her carry heavy things

An act of feminism and being sensitive is what makes a Russian woman fall for you. The golden rule in Russian dating is to never let a woman carry anything heavier than her bag.

For instance, if you’re in a grocery store and you notice she’s struggling with her grocery bags, you should offer to carry it for her. Even though she says that she can handle it.

Consider it like this: the only thing she must carry is only her purse.

This is probably the easiest Russian dating fail to spot.

You are giving flowers in an even number

Russian women are known for their love of flowers. But take note that they can be very critical when it comes to the number of flowers you give them. Make sure that you will not give them a bouquet with an even number of flowers. For Russians, this is only considered appropriate during funerals.

Some might even call this Russian dating fail weird or funny, but you wouldn’t want to risk your chances do you? It doesn’t matter how beautiful those 12 roses look, you must take one away or add one more. Just be sure that those flowers are in an odd number.

You are not being a gentleman

Russian women would choose to date a man with good manners more than anything. By just opening doors for her, carrying her shopping bags, holding her hands when she is cold, helping her in removing her coat when you dine at a restaurant and treating her like a queen in public.

Even though these acts might not be so important to you, but it will make a great impact on her and appreciate you all the more. Russian women want to end up with a man who is courteous, accept them for who they are and respects their culture and beliefs.

Remember this, being a gentleman never fails to attract a lady.

You are not on time

In Russia, men should always come on time during dates. It is okay for the women to be late and will be excused for whatever reasons they have. You as a man, you should understand that it will really take her a long time to get ready. They want to look as good as possible especially when they go on a date with you.

Just expect that she will always be half an hour late at the agreed meeting time. Simply understand why she’s late. Once they arrive, give her a smile and a hug even though they’re already late.

You are giving them expensive things

She will see you as a wealthy man whom she will feel obliged for giving her expensive things during the initial stage of the relationship. It doesn’t matter if you will only give inexpensive things like chocolates, flowers, teddy bears, or any other small presents. It’s always the thought that counts. Not the amount you’ve spent on that gift.

You are too fast

Local Russian men are known for being too forward with their dates that others would take them for granted. Some westerners have the wrong perception of Russians by trying to go intimate right away. Don’t commit to the same Russian dating mistake.

This kind of stereotyping has already given them a bad image in other countries, and many commit Russian dating fails. They may be known for being open about their sexuality, but they won’t settle for someone who belittles them.

In the Russian dating culture, playing and touching someone’s face is seen as an intimate expression of affection. If you’ve just met or you’re currently on a first date with a Russian, it’s better not to do it to avoid misunderstandings.

Every Russians wants to be respected and loved not just by their looks, but also their personality. Take the time in getting to know them.

You’re making jokes about their family

We all know that Russians are family-oriented and they also have a different sense of humor compared to yours. With that said, if you’re dating a Russian, make sure that you don’t make fun about their family. Especially insulting ones.

This kind of joke might seem too personal for them and they might take it in a negative way. Keep those jokes to yourself and stay away from one of the worst Russian dating fails of all time.

Russians want a partner who is mature enough to handle problems and responsibilities. They find it very unattractive is a person who’s always complaining and would run away from any life complications.

Show that you can handle these problems and ready to take responsibility. Every complaint that comes out on your mouth will lessen their respect and interest of you. Most especially if you’re not exclusively dating yet.

Even though they may listen to your complaints, they will think that you’re not responsible enough to solve those problems. Russians want to feel secure with who they end up with. They want to be with someone who takes care of themselves and their loved ones whatever problems may arise.

You’re not learning their language

The biggest Russian dating fail that every person encounters when dating a Russian is not learning the language. This would be a great help if you want to cut any language barriers and impress them with your efforts of learning Russian.

Guilty of any of these Russian dating fails?

Cultural differences and language barriers are just two of the main causes of your failure in Russian dating. Learning the language, being mindful of yourself, and having sensitivity are the most important things to remember if your planning to date a Russian woman. 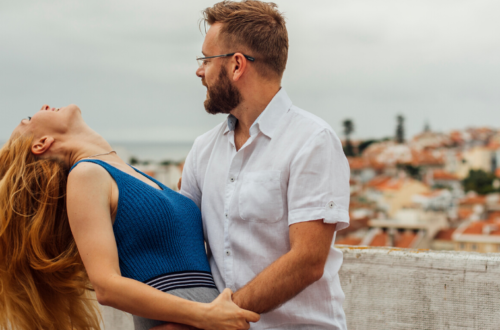 You Know You Are Dating A Russian When… 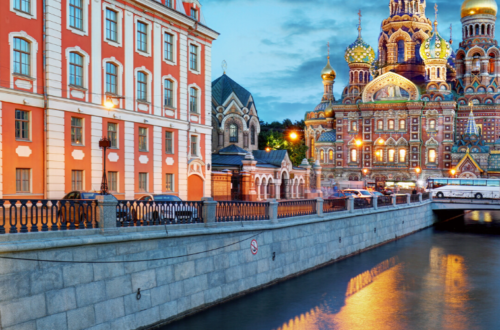 Best Cities in Russia to Meet and Date Singles